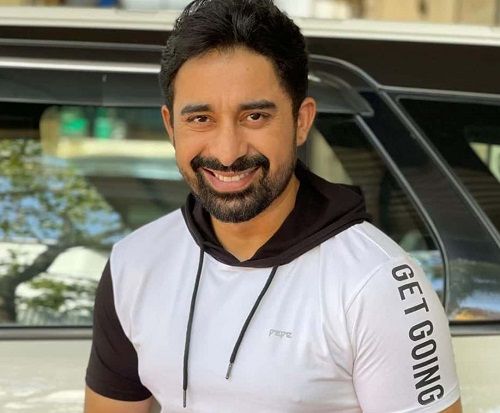 Rannvijay Singha is an Indian VJ, TV host, and anchor. He is famous for being the winner of the first season of ‘MTV Roadies’ (2003).

Rannvijay Singh Singha was born on Wednesday, 16 March 1983 (age 39 years; as of 2022) in Jalandhar, Punjab, India. His zodiac sign is Pisces.
A childhood picture of Rannvijay Singha
Due to his father’s transferable job, he changed around nine schools and completed his schooling at Army Public School, Dhaula Kuan, Delhi. He then pursued BCom (Hons) from Hansraj College, Delhi.

Rannvijay follows Sikhism. For the past six generations, his family has served in the Indian military.

After completing his graduation, he started working in a construction company in New Jersey, USA.

He made his TV acting debut with the 2014 TV serial ‘Pukaar – Call For The Hero’ in which he played the role of Major Rajveer Shergill. The show was aired on Like OK.
Pukaar TV show

Accused of Using Foul Language on a TV Show

In 2011, some activists of the Akhil Bharatiya Vidyarthi Parishad (ABVP) in Pune, blackened the faces of Raghu Ram, Rajiv Laxman, and Rannvijay Singh for using abusive language on their TV show ‘MTV Roadies.’  During the protest, when ABVP spokesperson Shailendra Dalvi was asked about the protest, he said,
We sharply protest the foul language used by Raghu on his show MTV Roadies. He is a bad influence on the youth. He is trying to attract the young people, but the youth of this country will only face degradation if they follow people like him. Small children too cannot be stopped from watching objectionable shows. Cuss words interject his every sentence. He makes the youth do senseless stunts like kissing strangers. What will happen to the culture of India if this continues?”
Faces of Rannvijay Singha, Raghu Ram, and Rajiv Laxman blackened by the ABVP activists