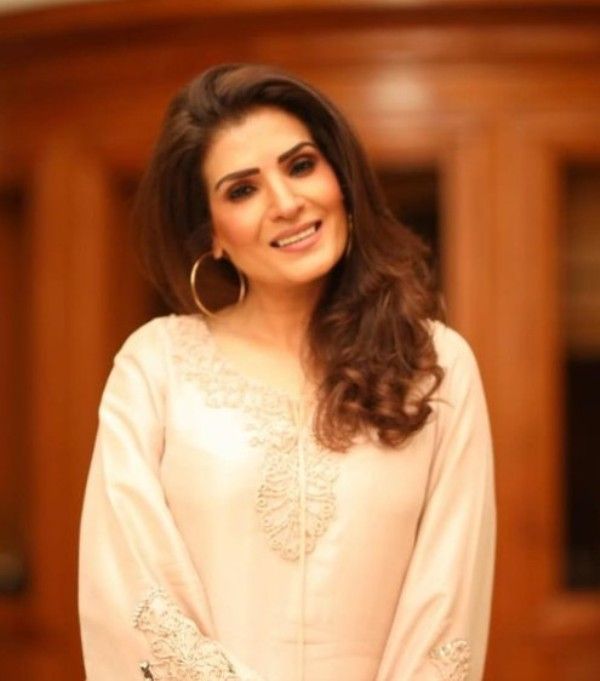 Donations Made for Flood Affectees

Resham often hit the headlines for her charity work in which she makes huge donations for various causes. In 2010, she helped the victims affected by floods in Pakistan. She had sent three trucks through Express Helpline Trust to the affected area, carrying basic foodstuffs. She told,
The first truck was sent to Rahim Yar Khan. The second is being sent to Kot Addu. The third truck will be sent on Eid for which other actors have also donated. Ahsan Khan has given Rs100,000 and Deedar has donated Rs60,000,”
In addition to this, in 2022, she visited the flood-affected areas in Charsadda and distributed foodstuffs like mineral water, packed milk and dry fruits to the affected people. She has also distributed the cooked rice to more than 2,000 people.

Moreover, she is often seen preparing langer in her backyard/garden for needy people. In the Icon Interview with Dawn, she shared,
I get so much satisfaction from cooking for the people who I know don’t have much to eat,”. She added, “I want to go and cook at holy places, and give to the poor there as well. It is my dream to do so.”

In 2011, she distributed a small amount of Rs 2,000-5,000 to unemployed Lollywood artists and to needy widows of actors in Ramzaan. She stated,
Rs5,000 is not a huge amount, but at least it will help these artists to survive a few days of Ramazan now, when they do not have any source of earning,”

A girl *child, around 8 years old, was found in front of the hotel of Resham’s sister in 2010. The actress had taken responsibility for the child’s education and living expenses. Resham shared that she had experienced financial difficulties as she lost both of her parents in her early childhood. She stated,
I’m handing her over to the Child Protection Bureau but I will bear all the expenses. But if her parents can hear me, my appeal is to take her back since the child is very sad and scared. She is missing her family.”
“If financial problems are the only issue, which is why they left her at the hotel, I promise to bear all the expenditures till the day she is married.
I want her to be with her family. I can relate to her feelings since my parents passed away when I was very young. It was my elder sister who raised me after them.”

Trolled for throwing plastic bags into the river

In a video clip, Resham is seen feeding meat and bread to the fishes while on her way to Charasadda to help the flood affectees. The video also shows her throwing the plastic bags and utensils into the river, which was apparently criticised by the people. Resham was highly* trolled on social media for this act. Later, she apologized for her actions but also asked the people to cover the more crucial problems such as rape, instead of massively trolling her for throwing just a piece of plastic. She said,
I admit to having made a mistake by dumping plastic into the flood water but women are gang raped everyday,” “Violence against women is commonplace, yet, everyone’s blinded by a piece of plastic. They are dwelling in a fool’s paradise. I was merely offering sadqah (charity),”

After receiving the Pride of Performance Award, Resham was criticised by Sakina Samo, who is a Pakistani actress, producer, and director. Samo stated,
I personally believe the choice for Pride of Performance is becoming increasingly simple and easy and as a result, a number of personalities who have dedicated their entire careers often go unnoticed. It is sad that the government has given such a huge award to people like Resham and Ali Zafar, who in my opinion don’t really deserve it.”
On being criticised by Sakina Samo, Resham responded to her comment and said,
Perhaps I don’t deserve any awards or accolades. However, the point to ponder over here is, do great and senior actors globally give such demeaning remarks towards their juniors? Remarks that belittle and undermine years of struggles and hard work of another actor specially their juniors? Big actors, in their true sense, have big hearts.” She added, “May God bless her with more awards, but she should reflect upon the fact that but when someone tries to put someone else down, it shows their own caliber and character, not the other person’s.”

Alleged Reham Khan used her name in her book