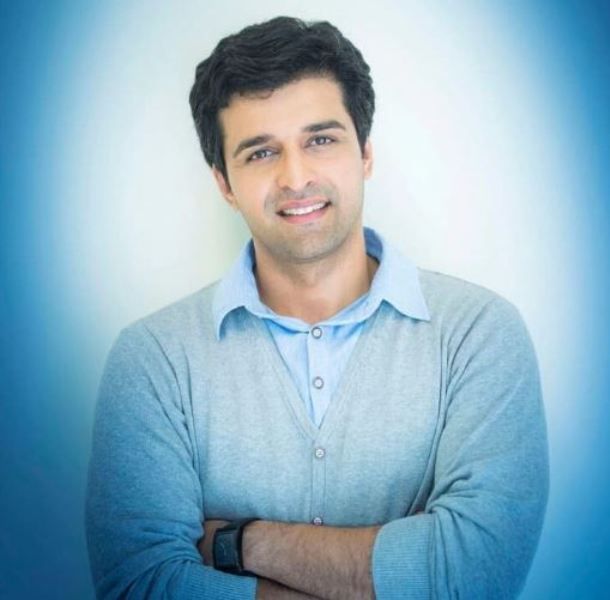 Sachin Shroff also spelled as Sacchin Shrof was born on Monday, 17 December 1979 (age 42 years; as of 2021) in Mumbai, Maharashtra, India. His zodiac sign is Sagittarius. He pursued his graduation at Swami Vivekanand Junior College in Mumbai.

There is not much information available about Sachin Shroff’s parents.
Sachin Shroff with his mother

On 15 February 2009, Sachin Shroff got married to Juhi Parmar, an Indian actress, anchor, and singer, at a palace in Jaipur.
Wedding picture of Sachin Shroff and Juhi Parmar
They met on the sets of a television show, which never went on air. After eight years of marriage, Sachin and Juhi decided to part ways, and they got legally divorced in July 2018. The couple has a daughter, Samaira Shroff, who was born on 27 January 2013.
Sachin Shroff with his daughter Samairra Shroff
In an interview, Sachin talked about the reason behind his separation from his wife and said,
We have sought divorce by mutual consent and our daughter Samairra’s custody is going to be with me. I was very clear right from the start that I will be her sole custodian. Our marriage didn’t work from the beginning. Incompatibility drew us apart. We could never be on the same page. Our backgrounds, mindsets, outlook and expectations from life were completely different. We tried our best, but our differences were irrevocable.”

In March 2022, Sachin Shroff appeared in the film Dasvi in which he played the role of Sandeep Sangwan on Netflix.
Poster of Sachin Shroff’s debut web series Dasvi

In 2002, Sachin Shroff made his debut on television with the show Kammal on Zee TV in which he played the role of Viraj. He shot to fame with the television show Sinndoor Tere Naam Ka in which he played the lead role of Dhruv Raizada.
Poster of the television show Sindoor Tere Naam Ka
Later, he acted in a few shows like Saat Phere: Saloni Ka Safar as Shekhar Sharma (2007) on Zee TV, Har Ghar Kuch Kehta Hai as Gyan Kapoor (2008) on Zee TV, Banoo Main Teri Dulhann as Dr Shashank Malhotra (2009) on Zee TV, Balika Vadhu as Shyam Singh (2011) on Colors TV, and Tumhari Paakhi as Girish Bhargav (2013) on Life OK. In 2015, Sachin appeared as Vinayak in the show Santoshi Maa along with his wife Juhi Parmar on &TV. In 2017, he played the role of Nanda Baba in the show Paramavatar Shri Krishna on &TV.
Sachin Shroff in a still from the television show Paramavatar Shri Krishna
In 2022, he appeared in two shows, Ghum Hai Kisikey Pyaar Meiin as Rajeev on StarPlus and Taarak Mehta Ka Ooltah Chashmah as Taarak Mehta on Sony SAB.
Sachin Shroff in a still from the television show Taarak Mehta Ka Ooltah Chashmah

In August 2020, Sachin made his digital debut with Prakash Jha’s web series, Aashram in which he played the role of Hukum Singh on MX Player.
Sachin Shroff in a still from the web series Aashram
Later, he appeared in Aashram Chapter 2- The Dark Side (November 2020), and Aashram 3 (June 2022) on MX Player.