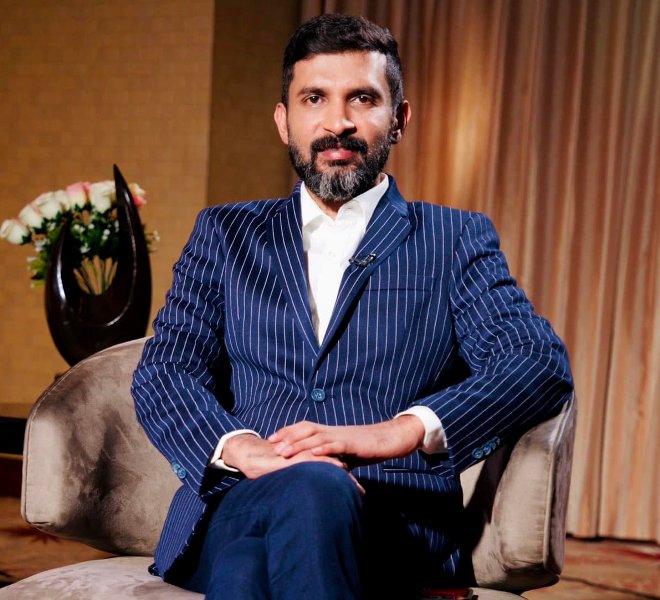 Somanna Machimada is an Indian journalist who works as a Senior News Anchor and Film Bureau Chief at NewsFirst Kannada.

Somanna Machimada was born on 16 March in Kodagu, Karnataka. He did his schooling at Srimangala Higher Primary School, Srimangala, Karnataka. Thereafter, he attended SBRR Mahajana First Grade College, affiliated to the University of Mysore.

From 2003 to 2005, he worked in Mysore as a Sub Editor and Reporter for Star of Mysore and Mysore Mithra. In 2006, he joined TV9 Kannada in Bangalore, where he worked as City bureau chief till 2012. From 2014 to 2015, he worked as Input & Metro Chief at Samaya News. On 5 July 2015, he started working at ETV News Kannada as Senior News Anchor and City Bureau Chief. He worked there till April 2017. On 2 October 2017, he joined NewsFirst Kannada, where he worked as Senior News Anchor and Film Bureau Chief.
Somanna Machimada as anchor of NewsFirst Kannada
On his self-titled YouTube channel, he hosts the show ‘Super Sunday with Somanna.’
A banner of the YouTube show Super Sunday with Somanna
In 2022, he gained popularity after appearing as a contestant on the popular show Bigg Boss OTT Kannada, which streams on Voot.
Somanna Machimada in Bigg Boss OTT Kannada