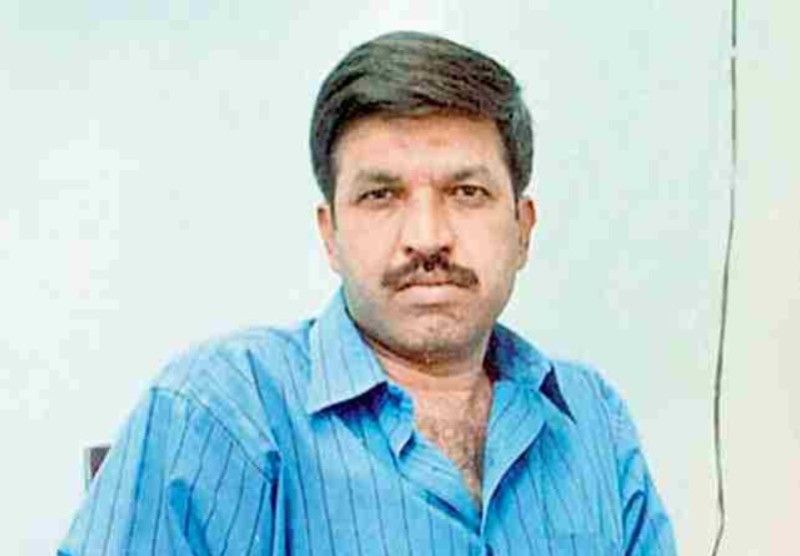 Vijay Salaskar (1957-2008) was an Indian police officer and encounter specialist who killed many criminals from the underworld gangs of Mumbai. He also revealed the gutka-underworld nexus. He died fighting the terrorists during the 26/11 Mumbai terror attacks.

Vijay Salaskar was born on Friday, 5 April 1957 (age 51 years; at the time of death) in Mumbai, Maharashtra. His zodiac sign was Aries. He was interested in police forces since his childhood. He pursued a master’s degree in commerce from the Prahladrai Dalmia Lions College, Malad, Maharashtra. After completing his graduation, he joined a shipping company in 1983 as an administrator for a salary of Rs250 per month. He later joined New India Insurance Company; however, he did not like the job and appeared for the Maharashtra Public Service Commission (MPSC) job in 1983. He was selected and recruited by Mumbai Police.
Vijay Salaskar clicked playing with his daughter Divya when she was a child

He belonged to a Marathi family.

After clearing the MPSC exam, he underwent training at Nasik’s Police Training College in 1983 and joined Mumbai Police as an officer. He was posted on probation at Malad police station before being posted at MIDC police station. In his first year as a police officer, he shot and killed the wanted criminal Raju Shahabuddin in a lethal encounter. During his initial years in Mumbai Police, he developed a strong network of informants due to which he was transferred to the Anti-Extortion Cell of the Crime Branch, Mumbai Police. He gained popularity as an encounter specialist and archrival of the underworld don Arun Gawli, who operated out of Dagdi Chawl in Byculla, Mumbai. He once went inside the chawl with his team to kill the don, who fled from the scene, forcing Vijay to return empty-handed. In 1997, he killed two trusted men of Gawli, Sada Pawle and Vijay Tandel, in an encounter, which Arun termed as fake. In September 2004, he revealed the nexus between gutka barons J.M. Joshi and Rasiklal Dhariwal and underworld don Dawood Ibrahim. During his 25 years career, he killed around 75-80 criminals which included killing Amar Naik, Jaggu Shetty, Saadhu Shetty, Kundan Singh, and Zahoor Makhanda. He was the Head of the Anti-Extortion Cell before his death during the 26/11 Mumbai terror attacks.
Vijay Salaskar during his early days as a Police officer

During his 25 years career, Vijay Salaskar was accused of a few encounters by victims’ families and kin; however, he was never found guilty. In 2007, Irfan Hussain Ilfat Hussain Shaikh of Govandi, Maharashtra accused that his eldest son Imran Irfan Shaikh was killed in an alleged fake encounter led by Vijay Salaskar; however, he could not provide any solid evidence to support his accusation.

He was killed by the terrorists during the 26/11 Mumbai terror attacks. He was at his home when he got a call from his department to report immediately to the office. He rushed along with the Anti-Terrorist Squad (ATS) Chief Hemant Karkare, Additional Commissioner of the Mumbai Police Ashok Kamte to neutralise the terrorists who were reported to be near Cama and Albless Hospital (“Cama”) next to the Azad Maidan police station. He was driving the Tata Qualis, and at a turn near the hospital, two terrorists, Ismail Khan and Ajmal Kasab came out from behind a tree and shot at the vehicle with their AK-47s. Though Vijay managed to injure Kasab, he succumbed to the injuries sustained in the gunfight on 26 November 2008 at the age of 51.