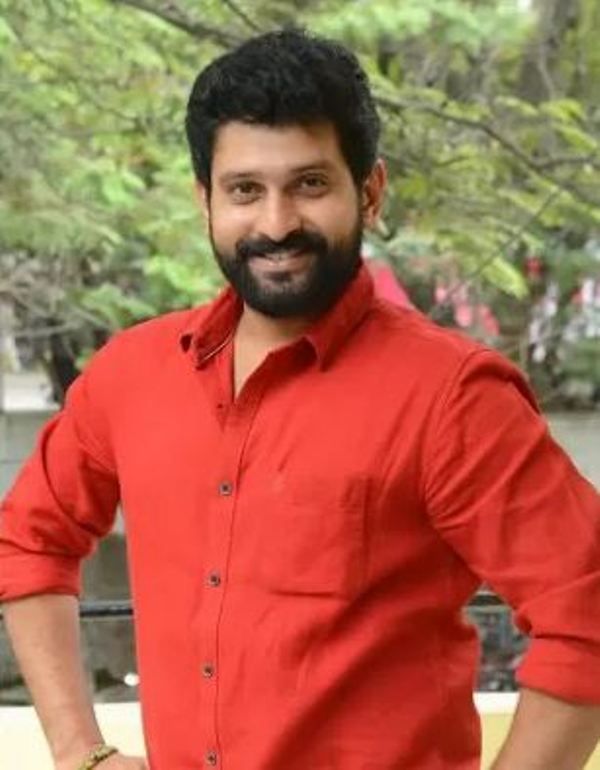 Baladitya is an Indian actor, lyricist, dialogue writer, teacher, and company secretary who primarily appears in Telugu films and television shows. He is known for his roles in Telugu films like Vamsam (2005), 1940 Lo Oka Gramam (2010), and Maa Oori Polimera (2021).

Aditya Yanamandra was born on Saturday, 9 March 1985 (age 37 years; as of 2022) in Eluru, Andhra Pradesh, India. His zodiac sign is Pisces. He was brought up in Chennai.  Balaaditya attended Ramakrishna Mission School in Chennai and Sri Satya Sai Vidya Vihar High School in Hyderabad. He completed his graduation in law at Nalanda Junior College in Hyderabad.
Childhood picture of Baladitya

Balaaditya’s father’s name is Yanamandra Subrahmanya Shankar.
Baladitya with his daughter and father
His mother’s name is Kalyani.
Baladitya’s mother, Kalyani
Baladitya has an elder brother Srikrishna Kaushik, an Indian actor who primarily appears in Telugu films and television shows.
An infant picture of Baladitya along with his mother and elder brother
Baladitya (left) with his brother

As a child artist

Baladitya made his debut as an actor at the age of seventeen. In 2003, he appeared in a lead role in the Telugu film Chantigadu in which he played the role of Chantigadu, directed by B. A. Jaya.

In 2010, after the release of the Telugu film 1940 Lo Oka Gramam, Baladitya took a break from acting and enrolled himself in the company secretary’s course. In 2010, Baladitya worked as a trainee at JRK Associates in Nanganallur, Chennai, for two years. In January 2015, he started operating as a partner at Aikyam Corporate Services in Hyderabad. Baladitya practised and worked as a company secretary and compliance officer at Banka BioLoo Limited in Hyderabad.

In 2016, Baladitya made his television debut as a host for the Telugu show Champion, which was a quiz-based show for school-going kids on ETV. In 2018, Baladitya appeared as Shivayya in the Telugu show Shambhavi on Star Maa. In 2019, he played the role of Rajadurai in the Tamil show Rasaathi on Sun TV. Later, he appeared in a few Telugu shows like Rasaathi as Rajadurai on Sun TV (2019), Subhadra Parinayam as Krishna (2019) on Gemini TV, and Savitramma Gari Abbayi as Balraju/Galiraju (2021) on Star Maa.