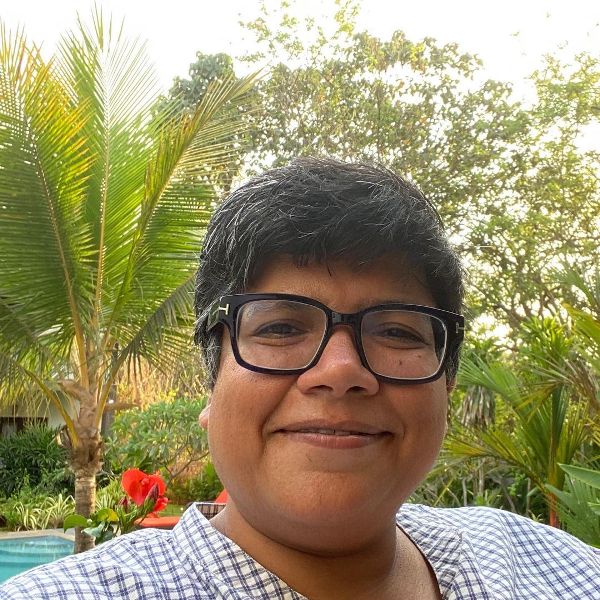 Ritu Dalmia is an Indian chef and restaurateur, who specializes in Italian food and has opened multiple restaurants across India and other countries. She has opened restaurants in Delhi, Mumbai, London, and Milan. She has also written books about cooking and has also been featured in TV cooking shows. She has also been very vocal about LGBTQ rights in India. She has written many articles and given many interviews for the restaurant industry, chef industry and rights of transgender people to various media outlets.

Ritu Dalmia was born on Wednesday, 26 September 1972 (aged 50 years; as of now) in Kolkata, West Bengal, India. She has done her schooling at the Convent of Jesus and Mary, Delhi. She had rebellious nature from her childhood and her family would go on international tours during summer vacations. She started cooking at the age of 9 in her home and also tried non-vegetarian food; however, she belonged to a purely vegetarian family. After completing her formal school education at a missionary school, she entered the family’s stone business at the age of 16. She had to regularly visit Italy, Egypt, and South America to procure materials for business. Gradually, she developed an interest in Italy’s food and started learning about Italian cuisine. At the age of 21, she opened her first restaurant in Delhi and since then, she has been working in the restaurant industry as a chef and an owner.

She belongs to a Marwari family.

She is unmarried and does not have any children.

She is a lesbian.

She has no formal lessons in cooking however being from a business family and after doing business with her father for 4 years, she started her first Italian restaurant in 1993 at the age of 21 in Hauz Khas Village, Delhi and named it ‘Mezza Luna’. She opened it with 5 lakh rupees she had saved while working for her father. It was an Italian restaurant and she would travel almost on a weekly basis to buy ingredients for the restaurant; however, the restaurant failed as Delhi was not like what it is today. She herself said about the failure of her restaurant,
“MezzaLuna closed in two years because the market was not ready for Italian food.”
In 1995, she sold Mezza Luna restaurant and moved to London to open an Indian restaurant, Vama. She opened it in partnership with another chef, Andy Verma. It became very successful and earned her a reputation as a good female restaurateur. Her time in the UK was very challenging and she said in an interview,
“I struggled a lot in the UK. For the first two months, I couldn’t even pay my grocery bills. But in the restaurant business, at least you won’t starve.”
In 2000, she came back to India and opened an Italian restaurant again in Delhi and named it DIVA. This time, the restaurant became successful. Italians living in India would particularly come to the restaurant as Ritu focused on the home-based style of cooking with fresh ingredients. However, travelling between Delhi and London became very hectic for her as she wanted to devote full time to Delhi restaurant, so she sold her stake in Vama restaurant in 2002 to focus on DIVA. She opened 5 more restaurants under the DIVA restaurant chain in Delhi. 2 of them are named ‘Latitude 28’ and ‘Cafe Diva’.
In 2017, she opened an Indian restaurant in Milan, Italy and named it ‘Cittamani’. In 2019, she partnered with a reputed Italian chef Viviana Varese and opened another restaurant in Milan and named it ‘Spica’.
Ritu Dalmia (left) with Viviana Varese
In 2018, she opened an Italian restaurant in Goa under the DIVA chain at DIVA at Andores Resort & Spa.
In 2021, she opened an Italian restaurant under her restaurant chain DIVA in Lower Parel, Mumbai. She named it ‘The Tasting Room by DIVA’. In the same year, she opened a pizza place named ‘ Motodo’ at Jio World Drive, Bandra Kurla Complex, Mumbai.
She has also worked as the host of 2 famous cooking shows – Italian Khana and Travelling Diva on the channel, NDTV Good Times.
She has also published 3 books – ‘Italian Khaana’, ‘Travelling DIVA’ and ‘DIVA Green: A Vegetarian Cookbook’.

She realised at the age of 23 that she is lesbian and told her parents about it. Her parents were shocked to know it however they were supportive. In 2016, she filed a petition in the Supreme Court of India along with 3 other people (hotelier Aman Nath, dancer Navtej Singh Johar, and businesswoman Ayesha Kapur) against section 377 of the Indian Constitution. Section 377 criminalized homosexuality and in 2018, a five-judge bench of the Supreme Court repealed section 377 which made homosexual relations legal. She said,
“There was no voice for victims, especially women, who were scared to sign the petition. So, the day I was asked, I didn’t think twice. In my career, I’ve got recognition and I’m grateful but it was for selfish reasons: fame, money. When the judgement came in 2018 – one I didn’t think I’d see in my lifetime – I was numb and crying. Nothing means more to me than that moment.”