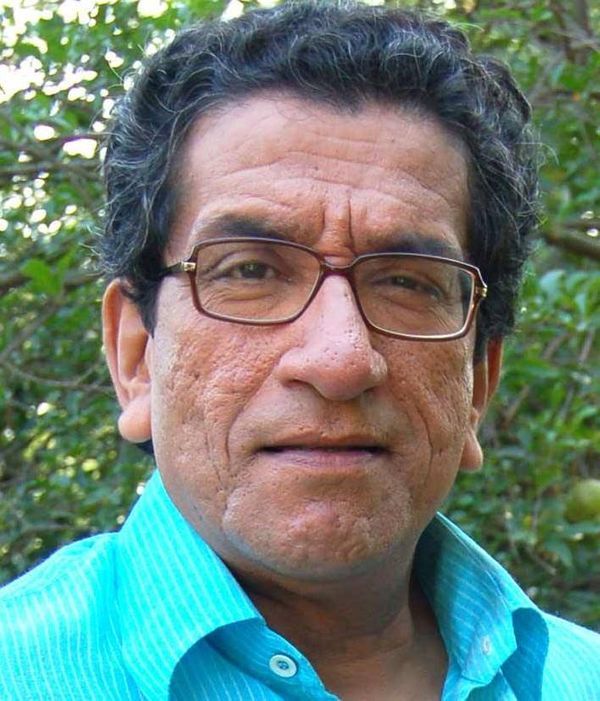 Sabyasachi Chakrabarty (aka Sabyasachi Chakraborty) was born on Saturday, 8 September 1956 (age 66; as of 2022) in Calcutta, West Bengal, India. In 1975, he completed his schooling at Andrew’s High School in Kolkata. He graduated with a bachelor’s degree in Science from Hansraj College, University of Delhi. In 1978, he cleared his AMI examination. When he was studying in college, he used to actively participate in theatre. In 1983, he became an active member of the Charbak theatre group in Calcutta.
An old picture of Sabyasachi Chakrabarty with his son, Gaurav Chakrabarty

He belongs to a Bengali-Hindu family.

On 8 March 1986, Sabyasachi got married to Mithu Chakrabarty, a Bengali television actress and theatre personality. They have two sons named Gaurav (elder) and Arjun, who are also actors in the Bengali entertainment industry. Gaurav got married to his longtime girlfriend, Ridhima Ghosh, who is a renowned Bengali actress. In an interview, while talking about Gaurav’s relationship with his family, he said,
I do not feel pressurised by my parents. Neither does my younger brother Arjun. My father is quiet but gives suggestions if asked. Maa is very encouraging and profuse in her appreciation. I did a bit of theatre in our home group Charkbak after graduation but working with my father made me wobbly in the knees.”
Sabyasachi Chakrabarty with his wife, elder son, and daughter-in-law
Arjun Chakrabarty got married to Sreeja Sen. On 15 February 2018, they had a daughter named Avantika Chakrabarty.
Arjun Chakrabarty with his wife, Sreeja Sen, and their daughter

Before becoming an actor, Sabyasachi was a technician. During an interview, he shared that,
I didn’t want to be an actor. I was a technician. After I joined theatre, I realised I could design sets, audio. So, I had a lot of backstage work. I was the technical director of a production house, which used to produce content for TV and I used to check the camera, tripod. In the first serial, Bangla Golpo Bichitra, there was no boom man on a certain day.”

Apart from Bengali films, Sabyasachi has also appeared in many Hindi films including Ascharya Deepak (1990), Tarkash/Cell 3 (2000), and Parineeta (2005).

He made his television film debut with the 2019 Bengali film ‘Jamai Elo Ghare’ on ZEE5. He played the character of a father-in-law, who is unhappy with his son-in-law.
Sabyasachi Chakrabarty in a still from the film titled Jamai Eloo Ghare (2019)

When Sabyasachi returned to Calcutta, his paternal aunt’s husband, Jochhon Dastidar, offered him a role in TV. In 1987, he made his television debut with the critically acclaimed Bengali television drama ‘Tero Parbon’ which aired on the Kolkata Doordarshan channel. Sabyasachi played the lead role named Gora, which made him popular enough to become a household name in Bengal. He appeared in Bengali shows such as ‘In Their Life’ (2018) which aired on Addatimes, ‘Sleeper Cell’ (2021) on Mojoplex, and ‘Search’ (2022) on Klikk. In 2020, he appeared in the Hindi web series Lalbazaar alongside actor Ajay Devgn on Zee5.
Sabyasachi Chakrabarty in a still from the Hindi web series titled Lalbazaar (2020)